From a Bajaj driver to a famous captain - Saturday with ebs

Deputy Mayor Adanech Abebe donated 300 wheelchairs to people with disabilities.The vehicles for the disabled came from the International Fund for Africa, a charity, and they donated sheep for the holiday.Adanech said supporting and caring for people with various social problems should be a regular part of the society and the city administration will focus on solving social and other problems of people with disabilities.Adanech said people with disabilities have great potential and energy and can be equally effective if they engage in various fields.The program was attended by Minister of Labor and Social Affairs Ergoge Tesfaye, Addis Ababa City Council Speaker Abebech Negash, Deputy Mayor and Service Coordinator, Jantar Abay, and other senior officials.In a related News,Deputy Mayor of Addis Ababa, Adanech Abebe, said the system will be implemented in a sustainable manner.Addis Ababa City Deputy Mayor, Adanech Abebe, held a discussion with farmers representatives from different sub-cities on the process of rehabilitating farmers who have been displaced due to development.During the discussion, Adanech Abebe said many farmers have been affected by social, economic and psychological problems due to development.According to Adanech Abebe, the city administration will make great efforts to create a conducive environment for displaced farmers and children to be relocated.According to the Deputy Mayor, there will be irreversible action against brokers and illegal land grabbers in the name of farmers and farmers children. Deputy Mayor Adanech Abebe, Deputy Head of the Democratic System Building Coordination Office, Melese Alemu and Deputy Public Service Coordinator, Jantar Abay. Discusses with farmers representatives.

From a Bajaj driver to a famous captain - Saturday with ebs 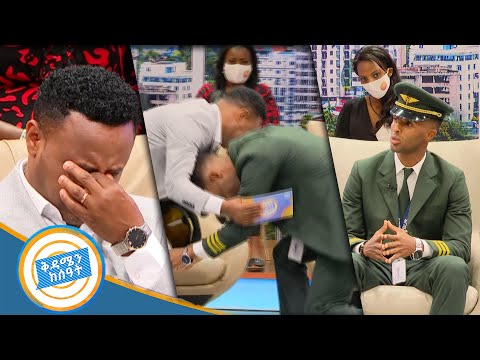 Deputy Mayor Adanech Abebe donated 300 wheelchairs to people with disabilities.The vehicles for the disabled came from the International Fund for Afri...